A series of massive explosions at a warehouse in the northern Chinese port city of Tianjin has killed 17 people.

Videos have emerged on social media of a fireball from the blasts ripping through the night sky.

#ICYMI A huge explosion has rocked the city of Tianjin in eastern China http://t.co/PqgrmHcBys https://t.co/akFY2LIu25

Shattered glass was strewn up to three kilometres from the blast site, after a shipment of explosives detonated in an industrial zone, raining debris on the city.

Plumes of smoke still billowed over buildings six hours after the explosion, which occurred around 11.30pm local time (1.30am AEST).

State broadcaster CCTV reported that 17 people had been killed and more than 400 hospitalised.

The China Earthquake Networks Centre says the magnitude of the first explosion was the equivalent of detonating three tonnes of TNT, and was followed by a second stronger blast equal to detonating 21 tonnes of the explosive.

Much of the area surrounding the explosion is made up of construction sites for residential and office buildings. Worker dormitories, built of flimsy sheets of thin metal, were torn apart by the blast. 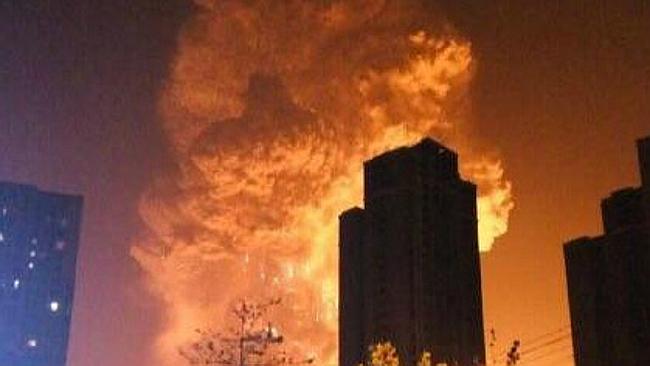 2 Australians and a German man found guilty after one of Australia’s biggest...
Scroll to top