The pair helped Australia dominate the early stages of the first Test against New Zealand at the Gabba today.

The effort bettered Matthew Hayden and Justin Langer’s 158-run partnership at The Oval in 2001, their first game together at the top of the order.

It is also the first time Australia have started the home Test summer with a wicket-less session since 2001, when Hayden and Langer pushed them to 0-103.

Burns was dismissed for 71 during the second session.

Warner has then gone on to score a century. 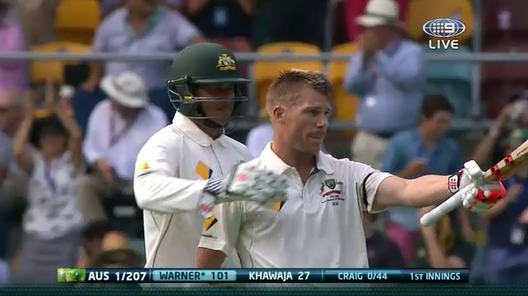 Hopoate’s move to Manly banned by NRL
Scroll to top