An Australian terrorist has been linked to the Charlie Hebdo massacre in France.

Australian and French authorities have been discussing connections and associations high-profile terrorist Willie Brigitte may have maintained from his time inside the Fleury-Merogis prison, where he is currently imprisoned. 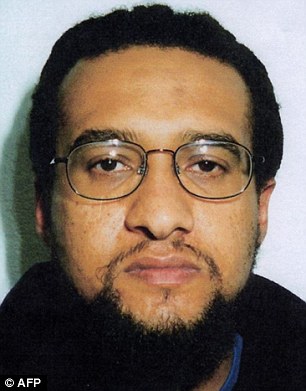 According to reports, it’s at the southern Paris jail where Brigitte is believed to have befriended brothers Cherif and Said Kouachi, and Amedy Coulibaly, who were responsible for the Paris shooting massacre that left 17 people dead in January.

It’s believed the connection was made after French intelligence officials combed through the brothers’ telephone and social media data after they had slaughtered 12 people, including Charlie Hebdo staff and a French National police officer outside the building.

A further five people were gunned down in related attacks on a Jewish supermarket two days later.

It is unclear what role Brigitte may have played in the attack against the magazine staff.

Brigitte and his Australian wife were arrested in 2003 for allegedly being part of a terrorist group planning attacks at Holsworthy Army Barracks and the Lucas Heights nuclear reactor.

He was deported to France and in 2007 was convicted of associating with criminals in a terrorist enterprise.

He was released two years later but in 2012 was arrested again.