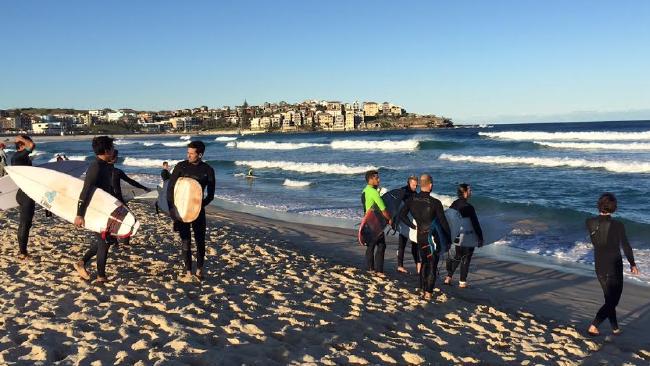 It’s understood the shark was spotted at the south end of the beach, forcing lifeguards into the water on jet skis to try herd the shark away from the bay.

There are some reports the animal was “as big as the jetski”.

A flock of sea birds off Ben Buckler at North Bondi indicates a school of fish may have attracted the shark.

By 4.30pm a brazen group of surfers had re-entered the water, despite lifeguards urging them to return to shore.

Life guards have closed the beach for the rest of the day.