UPDATE : Stephen Lock who killed his wife at Helensvale McDonald’s before turning gun on himself has died in hospital.

EARLIER : A QUEENSLAND man remains in a critical condition this morning after allegedly shooting his ex-partner dead in front of terrified diners at a Helensvale McDonald’s on Thursday.

The 57-year-old is alleged to have followed 49-year-old and mother-of-four Karina Lock into the restaurant before putting his arms around her and fatally shooting her.

He then turned the gun on himself, leaving him with critical head injuries.

Emergency services tried desperately to save Ms Lock, but after several CPR attempts, they were unable to save her.

The alleged shooter was rushed to hospital where he remains in a critical condition. 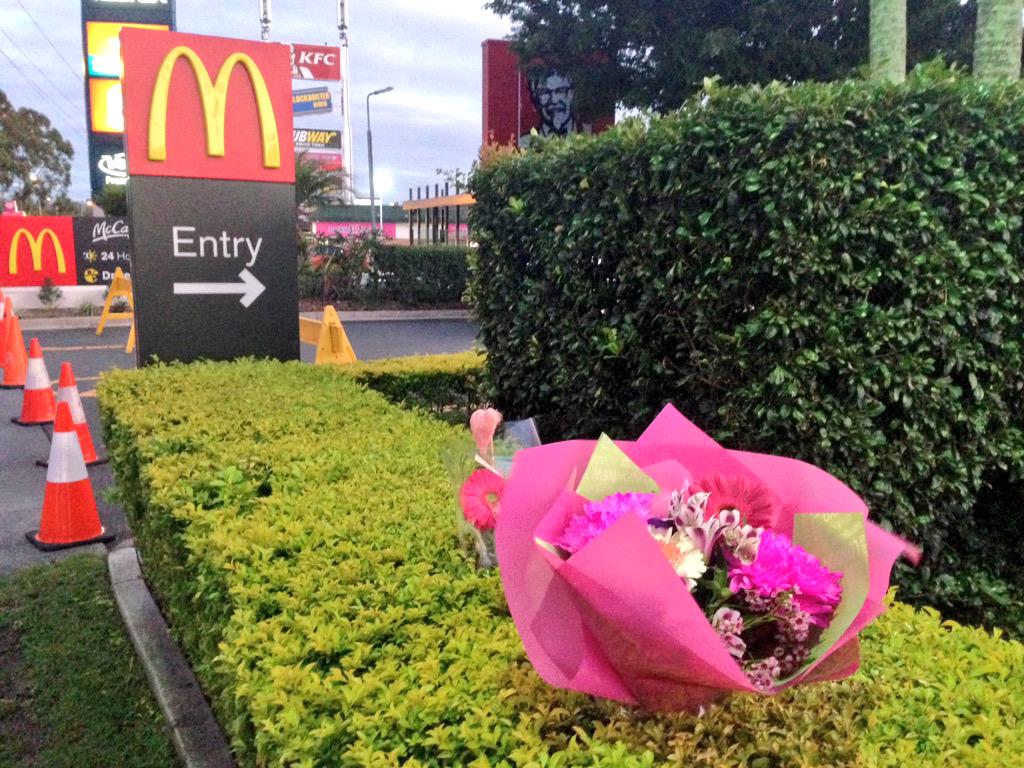 @AislinKriukelis (9 News) Flowers for Karina Lock outside the McDonald’s where she was fatally shot.

Detectives and forensic officers are likely to return to the scene this morning.