Daniel Heazlewood , 28 has been remanded to reappear on November.

It follows a lengthy investigation into the suspicious death of Ms Sidon, who was reported missing in October 2010, but has not been seen since June 2009.

EARLIER: POLICE have arrested the son of Gold Coast woman Linda Sidon, who has been missing for more than six years.

The arrest comes just days after police used a laser to search an Ashmore home, which Ms Sidon shared with her son.

Police suspected the 46-year-old had been murdered but her body was never found.

Detective Superintendent Dave Hutchinson, had previously stated that Ms Sidon’s 28-year-old son remained a person of interest in the case.

He was arrested in Brisbane on Wednesday and driven to the Gold Coast where he is expected to be charged with murder. 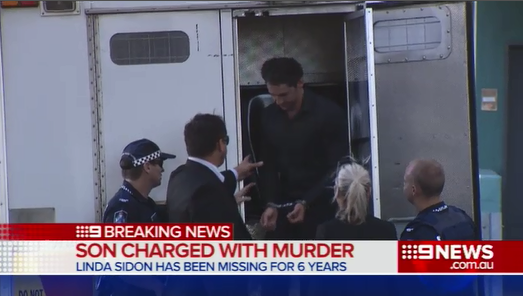 4yo girl shot in the head, killed in horrifying road rage incident

Police close in on father-son fugitives
Scroll to top