A MAN has been arrested after killing his girlfriend and posting pictures of her body online.

The body of Amber Lynn Coplin was found in an apartment in Port Orchard in the US hours after her teenage son heard her arguing with her live-in boyfriend, David Kalac.

Before the first emergency call was made, a person claiming to be the killed posted photo’s of a woman’s body to the online forum 4chan with the message, “Turns out it’s way harder to strangle someone to death than it looks on the movies.” 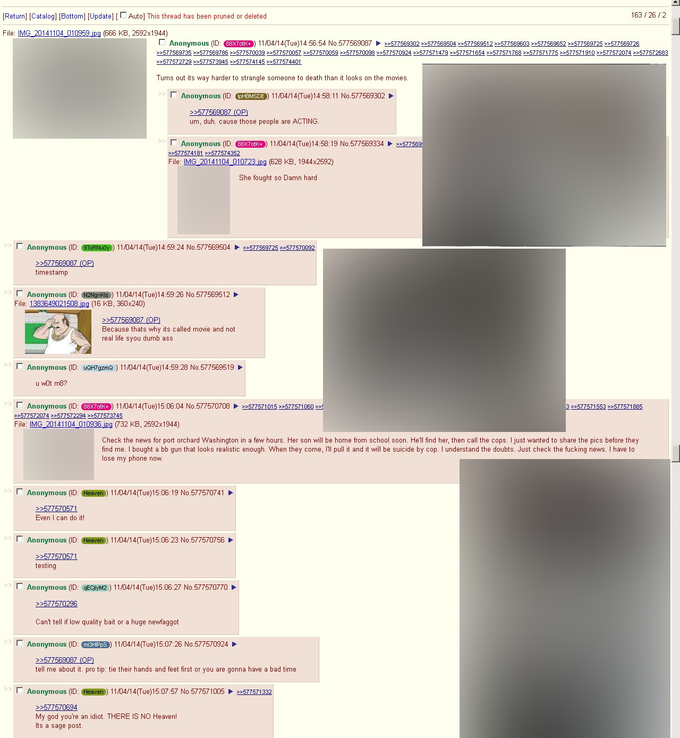 Messages posted to the 4chan forum

After a manhunt, David Kalac was tracked down and arrested and charged with second-degree murder.

Police later confirmed the photo’s posted online were of the victim and the crime scene.