UPDATE: ONE person has died while another is injured following a light plane crash on the northern Gold Coast on Monday morning. 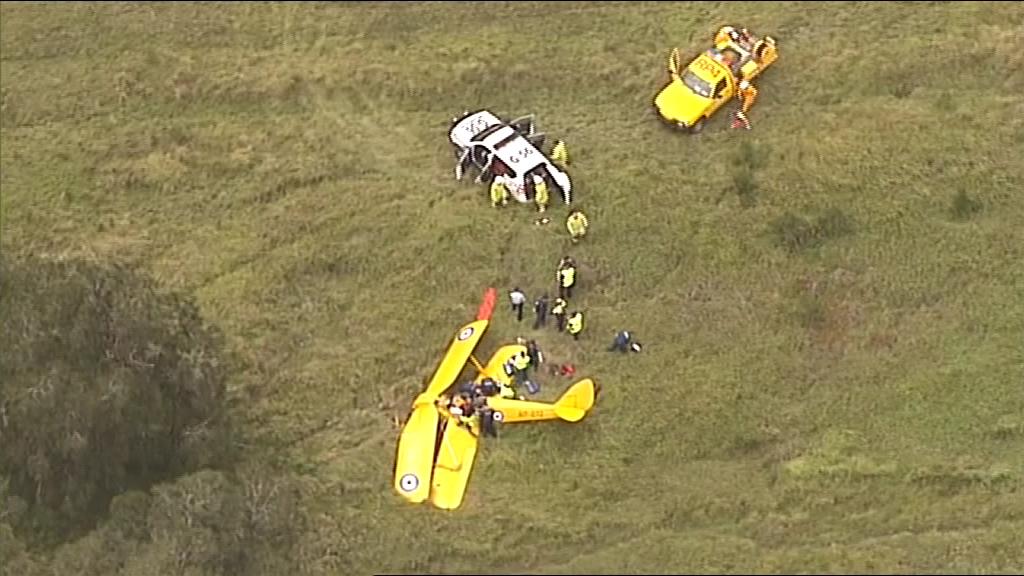 The Queensland Ambulance Service says the Tigermoth aircraft came down in hard to access bush land off Pimpama Jacobs Well Road around 9.30am.

Crews worked to free the injured man, believed to be the 21-year-old pilot, who was trapped in the wreckage.

He’s been taken to the Princess Alexander Hospital in Brisbane with critical injures.

The deceased is believed to be a 58-year-old man, although police are yet to release the official details.

The accident happened at an aero club which has been the scene of previous crashes involving light aircraft.

11 dead after tornadoes tear through Texas