Police say they conducted searches on two homes in Sydney’s west this morning following a suspected threat against a Sydney police station.

Heavily armed police swarmed the two homes just after 6.00am (AEDT) and conducted extensive searches under the power of firearms prohibitions orders previously served on a number of men who reside at the premises. 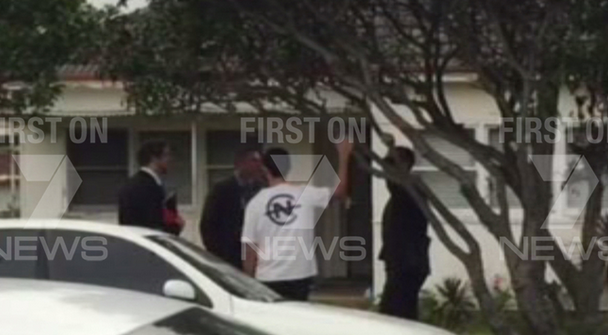 It follows revelations one of the homes search belongs 22-year-old Talal Alameddine, who’s accused of providing the gun used in the fatal shooting of Curtis Cheng outside Parramatta Police Headquarters on October 2.

Police have confirmed no items of interest were found during the operation.

State Crime Commander, Assistant Commissioner Mark Jenkins, said the operation was about ensuring the safety of police and the community, and followed information about the threat against a police station in greater Sydney involving a firearm.

“Any threat to police officers or police premises is of major concern and taken extremely seriously, as demonstrated by the operation we undertook today,” Assistant Commissioner Jenkins said.

“We will continue to take every precaution necessary to protect our officers and the safety of the wider community, and will respond swiftly to any specific threats that are received.

“This matter remains under investigation.

“I would encourage any person who has information about threats to police or to community safety in general to come forward and tell us so we can act on it.”