The High Court could be asked to determine whether One Nation senator Malcolm Roberts is eligible to sit in parliament.

There’s speculation he may have broken citizenship requirements.

Senator Roberts and One Nation leader Pauline Hanson have denied claims that he ever held a British citizenship, however documents have emerged proving this wrong.

I am a citizen only of Australia and therefore eligible to hold the position as Senator in Australian parliament pic.twitter.com/yjlCOf0gBK

Buzzfeed obtained an immigration department document signed by Senator Roberts dated May 8, 1974 in which the 19-year-old notes he is a “British UK and Cols” citizen. 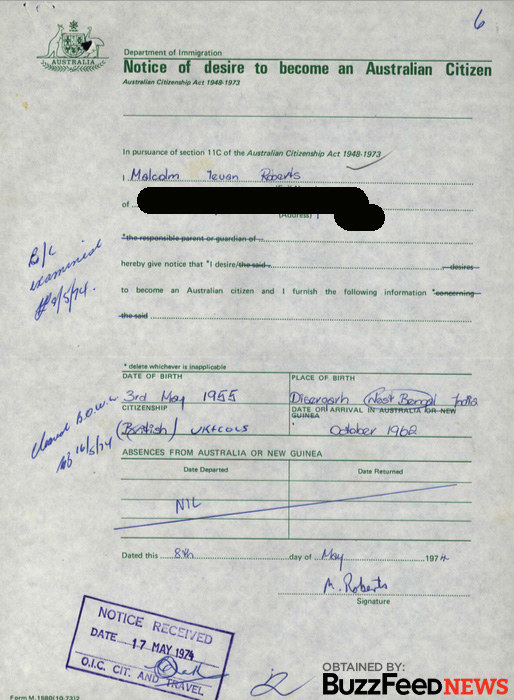 BuzzFeed News has obtained the official immigration file of Malcolm Roberts, showing the One Nation senator signed as a British citizen when he was 19-years-old.

The Queensland senator was born in Disergarh, India, in 1955 and his family arrived in Australia in October 1962.

The documents confirm his family’s notifications to become citizens were approved by the immigration department, but there is no mention of the British citizenship being renounced.

The Greens are expected to pass a motion referring him to the high court over suggestions he did not renounce his citizenship in time to nominate for parliament.

It follows a torrid month for citizenship scandals in Canberra with former cabinet minister Matt Canavan and former Greens senators Larissa Waters and Scott Ludlam being forced to resign.