A TRUCK carrying a crane has gone over the Coomera River Bridge on the M1, causing major delays for the morning commute. 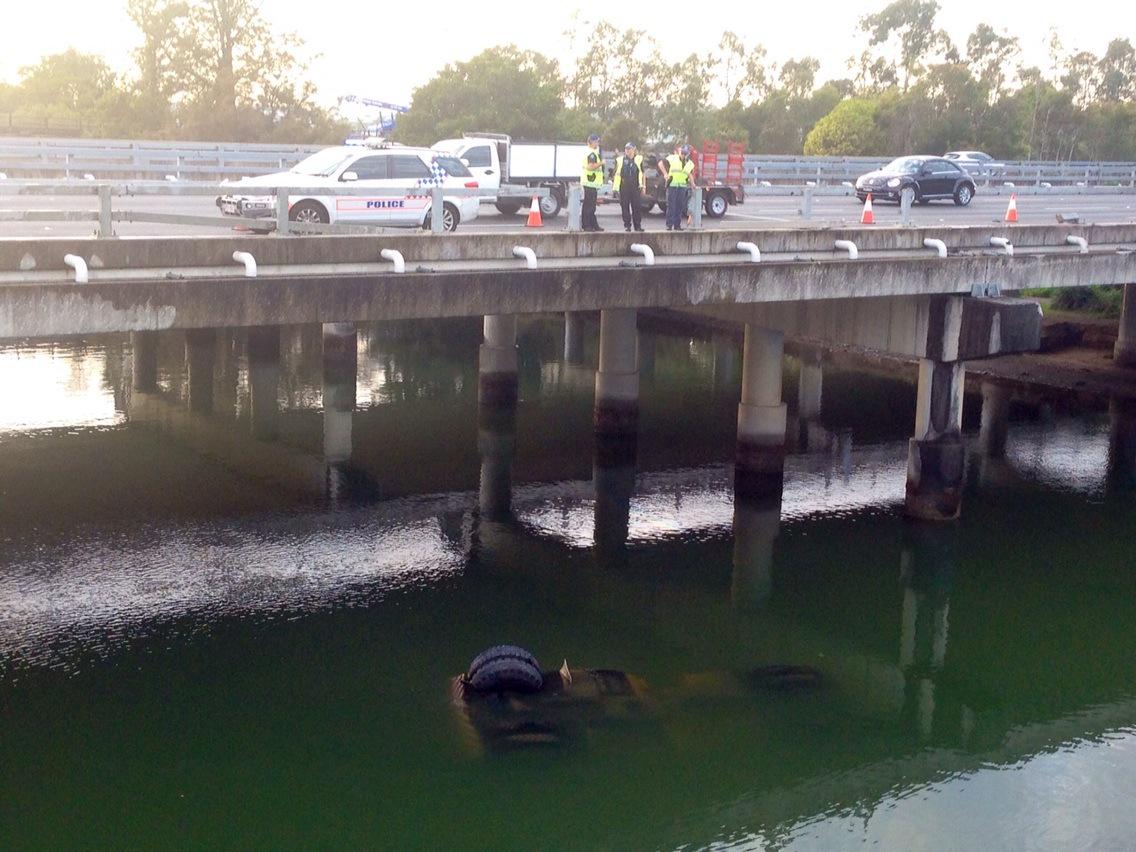 It’s understood the vehicle ploughed through the guardrail and into the water below.

The accident did cause 3 lanes to be closed northbound but they have since reopened.

There are still major delays back to Helensvale at the moment.

Miraculously, the drive managed to survive the incident.

The male, believed to be in his 30’s, suffered head lacerations and pain in his right hip.

He has been transferred to the Gold Coast University Hospital.