TWO window washers have fallen from a building in Sydney’s CBD.

It’s understood the two men were roughly eight or nine floors above the ground, cleaning a Bridge Street building when the trolley gave way.

According to NSW Police, emergency services were called to a building on Pitt Street near the intersection of Bridge Street in Sydney CBD, following reports that two men had fallen onto an awning while cleaning windows.

Police from Sydney City Local Area Command, with the assistance of Fire & Rescue NSW and NSW Ambulance Paramedics have reached the men and are treating them at the scene.

Pitt Street is currently closed between Alfred and Bridge Street as a precaution.

Worksafe NSW has also been notified.

A witness told the Nine Network they crashed into an awning above the ground floor.

They also claim one of them bounced off the awning onto a white 4WD and the other one is still on the awning.

The extent of their injuries is unknown at this stage. 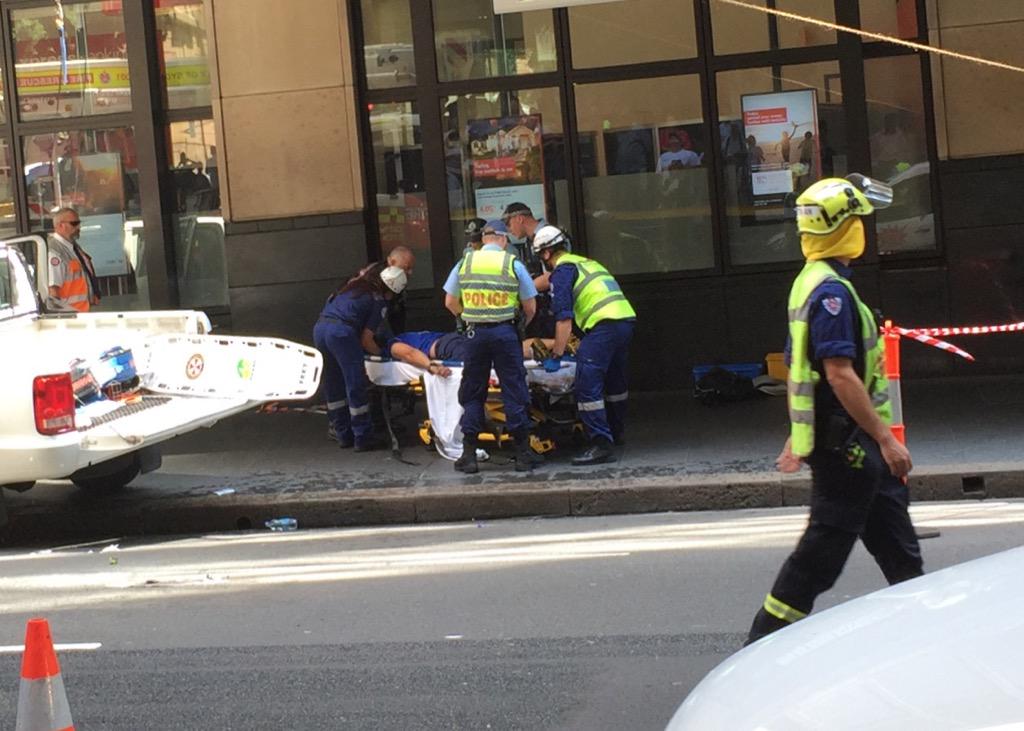 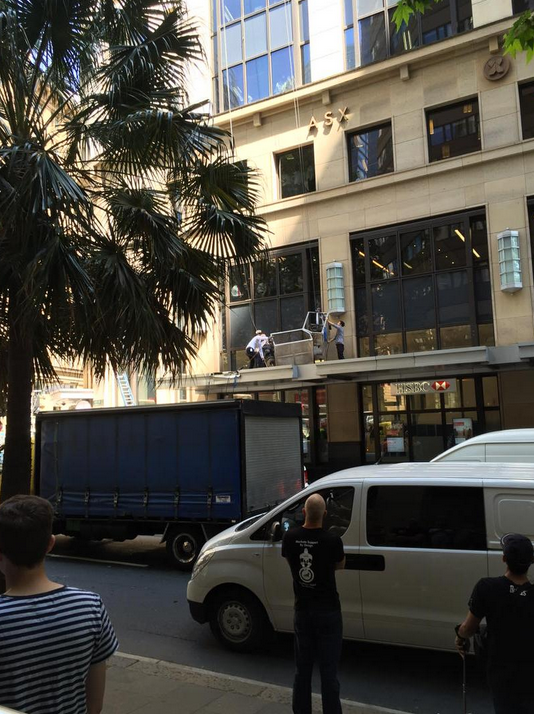